We are here to help our borrowers impacted by COVID-19.   Learn more.

8 Home Christmas Light Displays That Belong in the North Pole 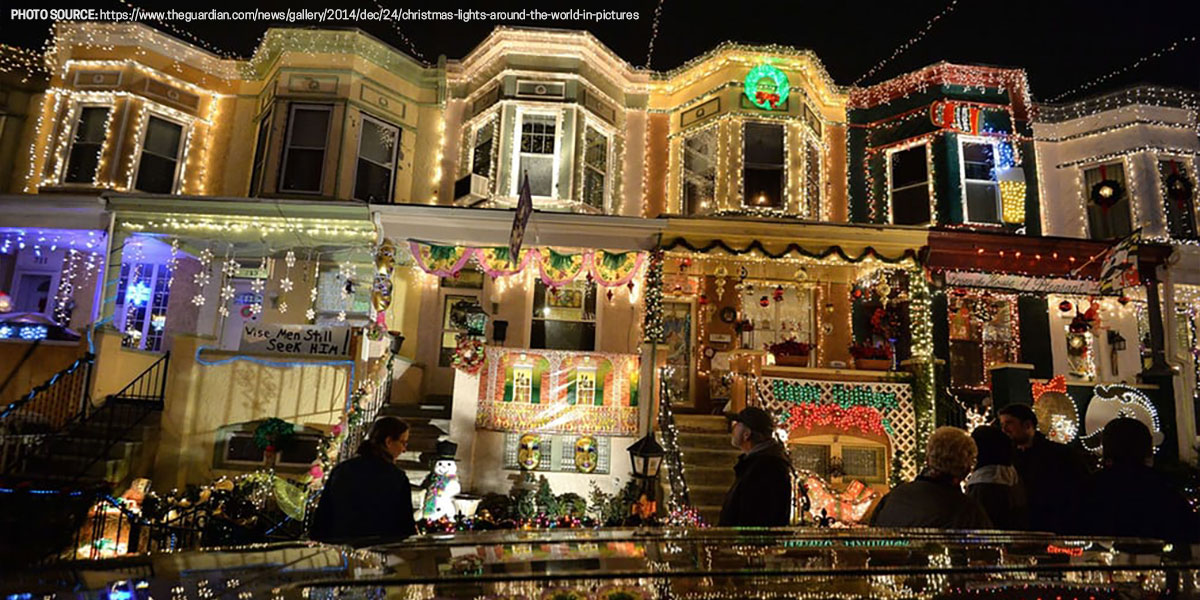 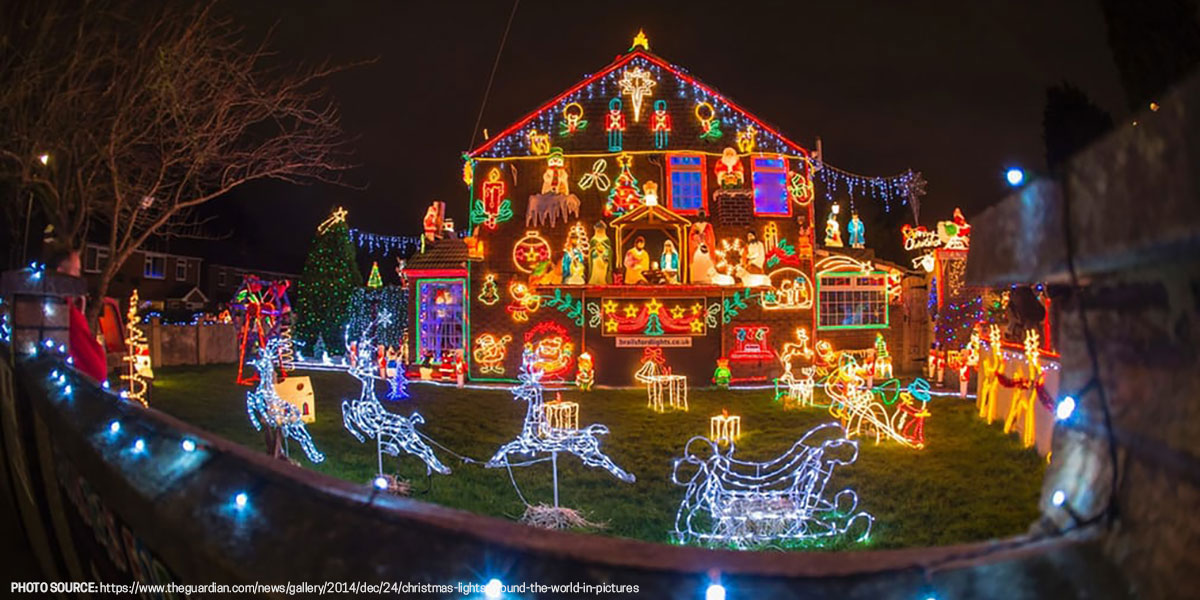 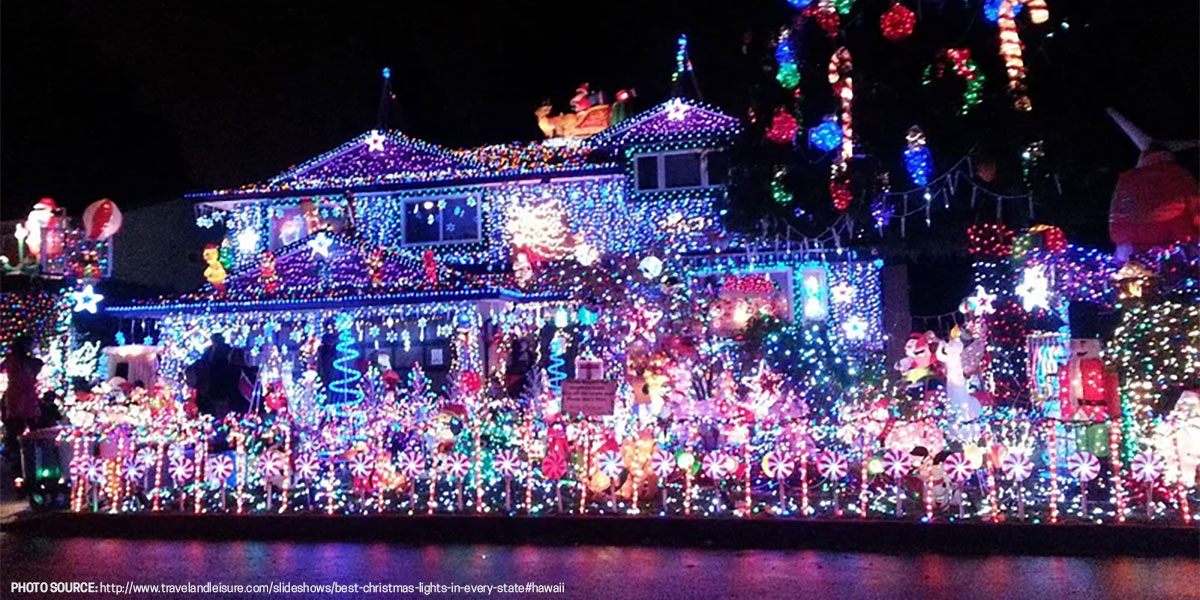 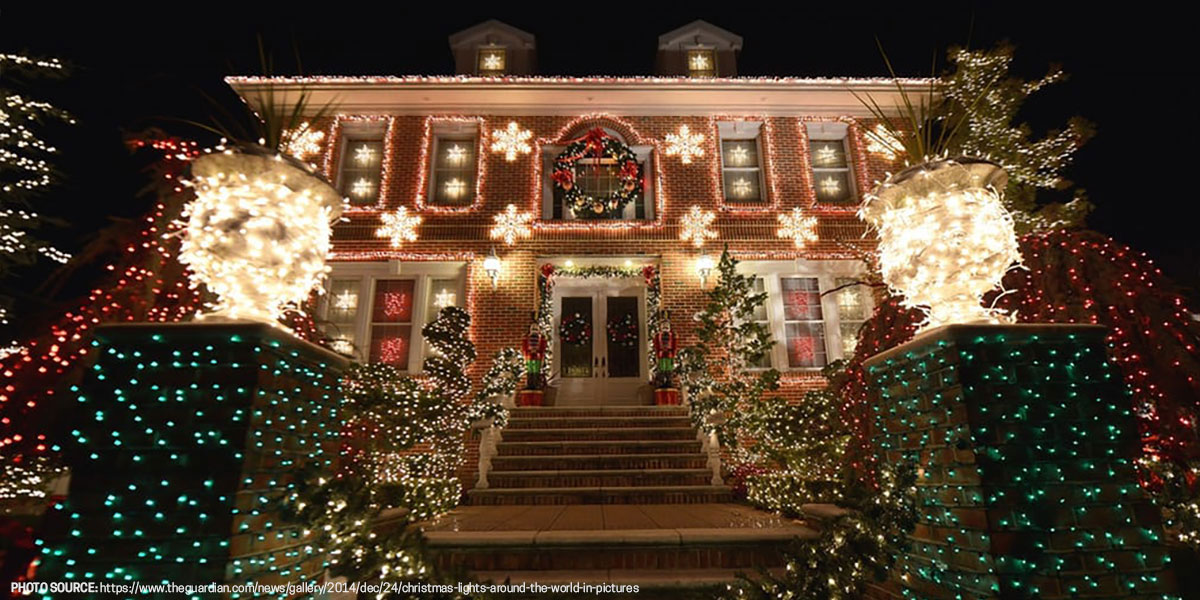 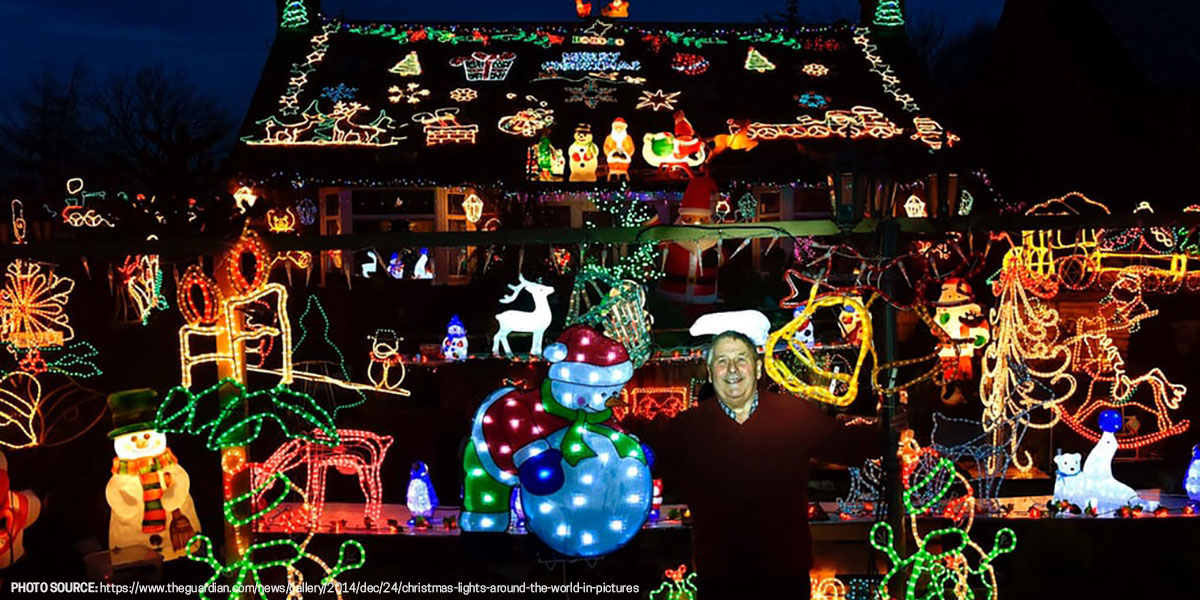 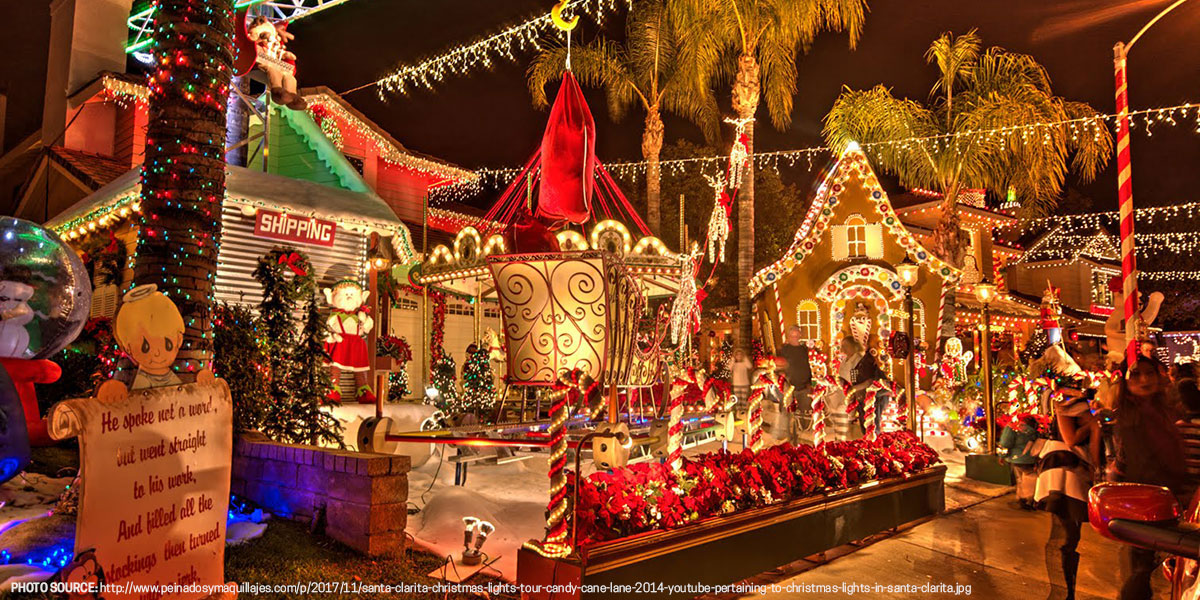 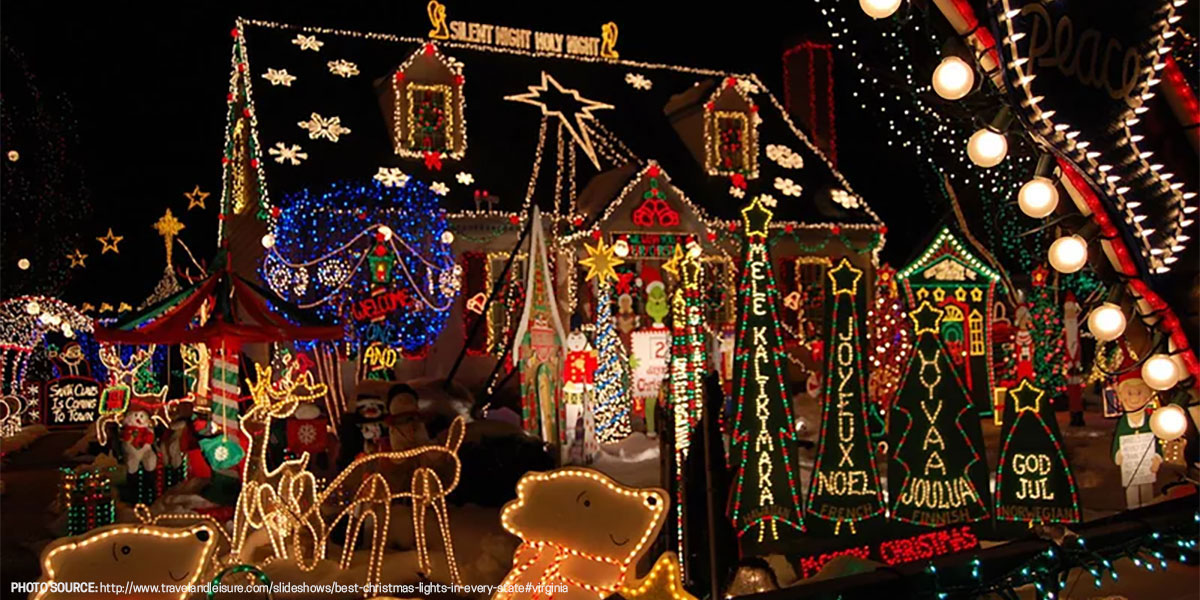 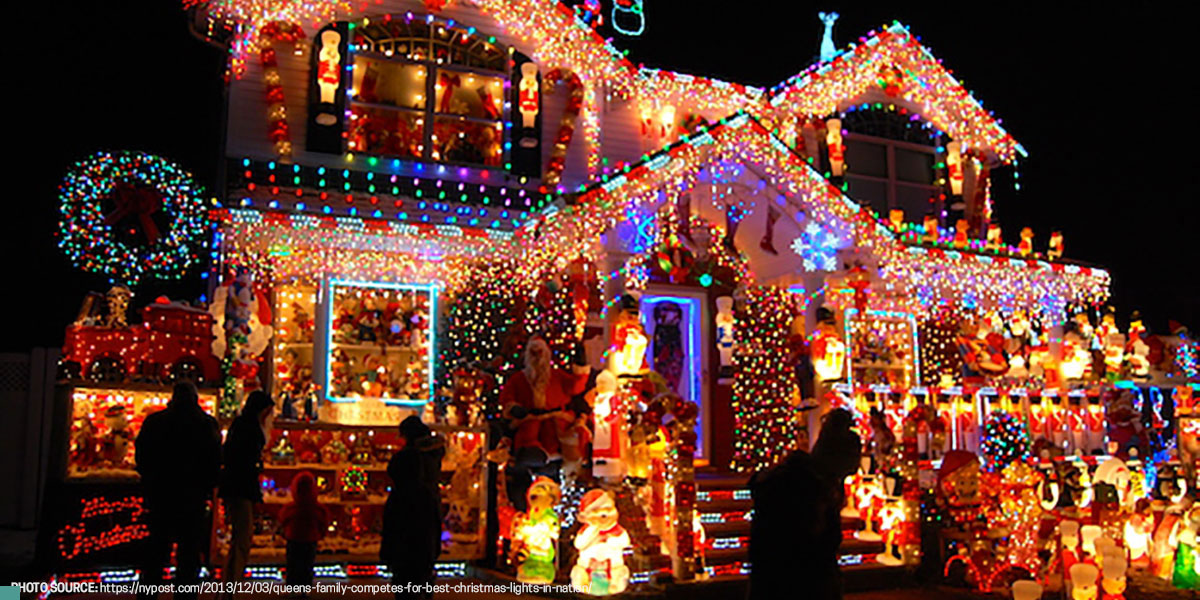 The residents of the homes on 34th Street in the Hampden community of Baltimore, Maryland have been decorating their homes with colorful Christmas lights since 1947. The tradition is a staple in the community and attracts thousands of tourists from across the country each year. It’s a classic take on Christmas lights that’s sure to stir up the Christmas spirit in anyone who sees them.

In the city of Bristol in South West England, the Brailsford family decorates their home each year for Christmas to raise money for Bristol Royal Hospital for Children. Visitors are encouraged to make charitable donations as they drive from all over South West England to take part in the display. The colorful display features several Santas, a Nativity scene, and an array of other familiar Christmas fixtures.

In Waipahu, Hawaii, the Waikele Neighborhood Lights have become a household name. Started 20 years ago by the Yoshida family, the households of Waikele come together every year to create a synchronized Christmas light experience. The display has gotten so popular that it was featured as a contestant on ABC’s The Great Christmas Light Fight in 2015.

For Mr. Eric Marshall, “over the top” is an understatement. His home in Bagby, North Yorkshire, England has become a staple attraction over the past 16 years. Over time, he’s built up his collection of lights and lawn ornaments to create a Christmas light display that draws visitors from far and wide. The display also features donation boxes so visitors can contribute to the local church.

They say it never rains in Southern California, and it definitely never snows, but the sunny, warm weather of Southern California doesn’t stop these homeowners from turning their block into a winter wonderland. Candy Cane Lane is the unofficial official name of the intersection of Oxnard and Lubao in the Woodland Hills neighborhood of Los Angeles, CA and it’s become a huge attraction for visitors all over the city. Here you’ll see Christmas with a California twist as many homeowners trade out the classic fir for a decorated palm tree.

When it comes to Christmas lights displays, there’s no such thing as tacky—nevertheless Richmond, VA’s Tacky Lights Tour is one of the biggest holiday attractions in the state. For 26 years, the Richmond Times-Dispatch has curated a list of the homes with the best Christmas lights around for your viewing pleasure.

Back in New York, the Lynch family has turned their home into a Yuletide masterpiece that features over 300,000 lights, 300 inflatable figures, and 100 animatronics. Kevin Lynch has been building this spectacle for 20 years, spending over $2,000 on Christmas lights every year. Over the top? Maybe, but it has paid off well as the Lynch family won the first episode of The Great Christmas Light Fight on ABC. Santa would be proud.